About The Olympic Oval

The Olympic Oval at the University of Calgary

Our Legacy, Our Future

The Olympic Oval is a legacy facility of the 1988 Olympic Games. It is a place where Olympic dreams come true and athletes are put in a position to achieve their personal best. An important and integral part of the University of Calgary’s Faculty of Kinesiology; the Oval is a speed-skating facility, a research facility for UCalgary kinesiology scholars, a training facility for varsity athletes and a public facility to serve the University community. 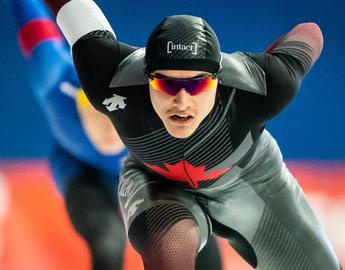 The Olympic Oval is a world-class speed skating and high performance sports facility dedicated to the pursuit of excellence and health and wellness for all.

Together with our partners, we will drive the mission of Canadian athlete podium performances. 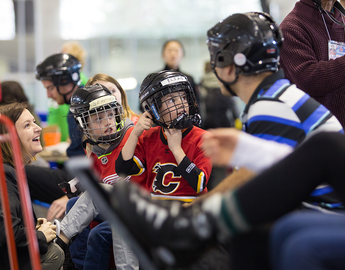 During the summer of 2017, the Olympic Oval staff took on a special project to refresh the Oval's core values. All staff had the opportunity to provide input, share ideas, and give feedback that was translated to new values that reflect our most valued asset; our people. These are the values that represent our team of people and on which the Fastest Ice in the World™ is built.

In 1988, the City of Calgary played host to the XV Olympic Winter Games from February 13-28. Most of the events took place in buildings and venues we now know as legacy facilities in Calgary. This includes the Olympic Oval, parts of the UCalgary campus (which was used for training and as the athlete's village), Canada Olympic Park, Olympic Plaza, Saddledome, and the Canmore Nordic Centre.

This report reflects our latest progress against the goals presented in our energized Eyes High Strategy 2017-22, which is bolstered by the Academic and Research Plans 2018-23 that serve as its roadmaps.

The Olympic Oval is rich in sport history and is truly a Calgary legacy facility. Very few Olympic buildings continue to operate past their Olympic time but the Oval continues to thrive 30+ years later.