Join us on Monday, February 20th from 12 Noon - 3:00 p.m. for our annual Family Day Skate. Skate on The Fastest Ice in the World with families from across Calgary.

DJ Phenom will be on site cranking out some great tunes for a spectacular afternoon of skating and music.

Book Your Next Event

Book Your Next Event

Did you know the Olympic Oval was built for the 1988 Calgary Olympic Winter Games? But it's more than just a Speed Skating venue — everyone can enjoy indoor public skating and running, ice-out events, competitions, major sporting events, and shows — Learn more

Welcome to the Olympic Oval!

The Centre of Excellence

Find out how our Ice Technicians make ice.

Come Skate With Us

Recreational skating is more than just fun — its amazing for your cardiovascular health. Your legs are in continuous motion and your core is constantly engaged, helping to get your heart rate up and boost your blood circulation. With its focus on lower-body movement, skating workouts are a great way to boost your leg muscles, helping to strengthen your calves, quads, and hamstrings. It’s also fantastic for your abdominal muscles, so if you get good enough, a six-pack might be in your future?

Come Run With Us

Calgary can be pretty cold sometimes but we have the perfect solution — Indoor Recreational Running.

Running can significantly improve physical and mental health. As a form of aerobic exercise, running can reduce stress, improve heart health, and even help alleviate symptoms of depression. Some researchers think running may be so good for us because it's something we evolved to do.

Have you ever thought about speed skating for your family? Speed Skating is an amazing sport — there are so many amazing reasons why its great for kids.

In the News: Livewire Calgary 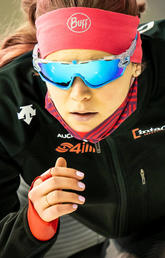 In the News: Ponoka News 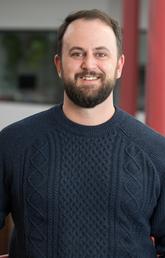 In the News: The Equity 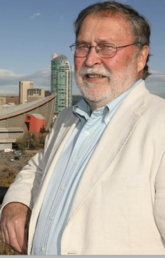 In the News: Calgary Sun

'A giant': Architect of the Saddledome, Olympic Oval and much of Calgary's character passes away

We want to acknowledge the traditional territories of the people of the Treaty 7 region in Southern Alberta, which includes the Blackfoot Confederacy (compromising the Siksiká, Piikáni, and Káínaa First Nations), as well as the Tsúùt'ínà First Nation, and the Stoney Nakoda (including the Chiniki, Bearspaw, and Wesley First Nations). The City of Calgary is also home to Métis Nation of Alberta Region 3. We would also like to note that the Olympic Oval is situated on land adjacent to where the Bow River meets the Elbow River, and that the traditional Blackfoot name of this place is Mohkínstsis, which we now call the City of Calgary.

The University of Calgary