UCalgary’s Rex has a new best friend on campus — Kumimanu, or ‘Kumi’ as his friends call him.

Kumi is from New Zealand and decided to move to Calgary to train at the Olympic Oval. After trying out many traditional Kiwi sports (rugby, football and cricket), Kumi discovered speed skating and knew it was the sport for him right away. He wanted to train on "The Fastest ice in the World™" and knew the Olympic Oval was the place to be.

Kumi’s journey from New Zealand is an epic story that started in 2021. The Oval contracted Calgary’s Street Characters to help design, build, and fabricate a new mascot that represents high performance, well-being and fitness — cornerstones of the Oval’s three-tiered mandate to service the UCalgary, high-performance and greater Calgary community.

The Oval marketing team worked for weeks researching and figuring out what the new mascot would be before deciding on the Kumimanu — an extinct genus of giant penguin which lived around 60 to 56 million years ago in present-day New Zealand.

The Oval chose Kumi – an abbreviation of Kumimanu and a traditional, non-gender-specific Japanese name that means “long period of time” — a decidedly apropos name for a prehistoric penguin.

The Olympic Oval introduced Oil Can Ollie in 1989 as the building’s official mascot alongside UCalgary’s Dexter the Dinosaur. Oil Can Ollie was shortened to Ollie as his official name (Dexter evolved to Rex). He came to Calgary after hearing about the 1988 Calgary Olympic Winter Games, and once he arrived, like so many others, Ollie knew he was home.

Over the years, Ollie underwent several makeovers while sharing his love of speedskating and public skating. However, Ollie wanted to retire and decided it was time to pass the torch to a new penguin and share their love for the Olympic Oval.

As a high-performance and health-conscious mascot, Kumi will bring a brrr-illiant breath of fresh air to the Olympic Oval. Kumi knows skating is fun and great for your health — an activity for all ages and abilities.

We want everyone to welcome Kumi to the Oval and the UCalgary community.

How can we book Kumi for our event?

The Olympic Oval plans on making Kumi available for bookings, appearances, speed skating competitions, public skating and Dinos games (he is best friends with Rex, after all).

Over the next few weeks, the Olympic Oval will be working on a booking system to introduce him all over Calgary. In the interim, please contact David Vink, Marketing & Corporate Events Specialist for Kumi bookings and availability. 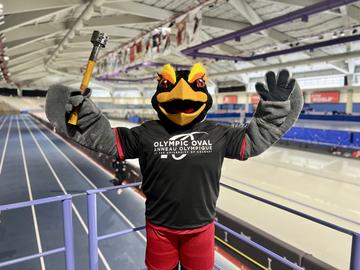 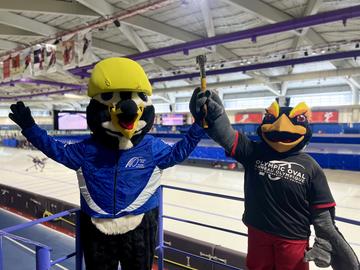 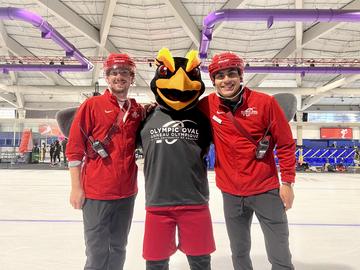 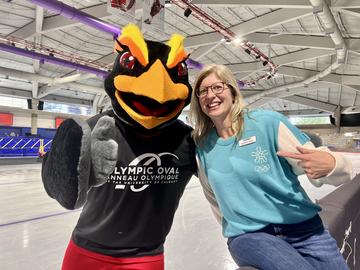 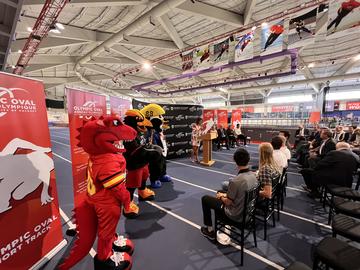 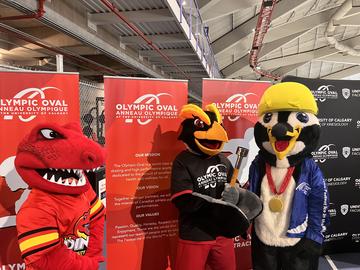 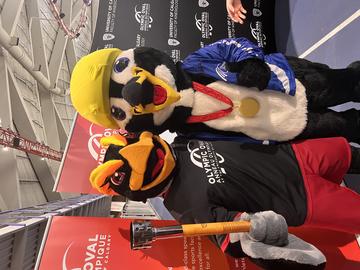 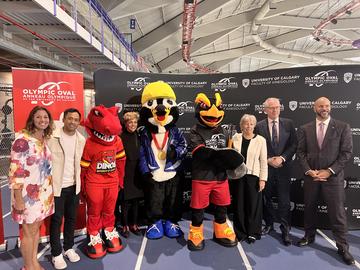 Kumi in the News

Kumi is always in the news, learn more about our prehistoric penguin!

Kumi is a wonderful addition to the Oval — a modern changeup to our mascot and a fitting prehistoric character to represent the Oval and the University of Calgary.