50 Years of Excellence at UCalgary

From the establishment of the Olympic Oval in ’88, UCalgary has long been the incubator of elite sport in Calgary. Champions Catriona Le May Doan, Hayley Wickenheiser, and Denny Morrison have all honed their competitive edge here.

Through the years, one city shines for having the most active citizenry in Canada. Calgary’s energy and spirit of adventure can be seen among our city’s legendary bike paths, community soccer fields and rec centres. And when UCalgary’s Olympic Oval facility, coaches and trainers open their doors to the public, the will to achieve rolls like a red wave across every community in the city.

Calgary is selected as the Canadian city to bid for the 1988 Olympic Winter Games.

Calgary had previously bid for several Olympic Games, often with the help of the Calgary Olympic Development Association. It bid for the 1964 Winter Olympics losing to Innsbruck, Austria and the 1968 Winter Olympics losing to Grenoble, France. The city partnered with Banff for its third bid and looked set to win the 1972 games, but environmental worries about plans for the development of parts of the Banff National Park meant it finished second to Sapporo, Japan.

Calgary won the right to represent the Canadian Olympic Association for the 1988 Games, defeating a rival bid from Vancouver. The city was opposed by bids from Falun, Sweden and Cortina d'Ampezzo, Italy. Calgary was confirmed as the host for the 1988 games at the 84th IOC Session in Baden-Baden in 1981.

After unsuccessful attempts in 1964, 1968 and 1972, Calgary is named the host of the Winter Games. The city and university are completely transformed by the Olympics, which leaves lasting marks on the landscape and culture. 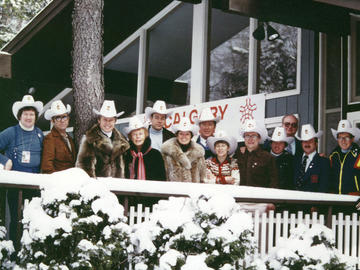 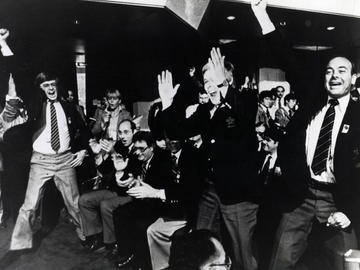 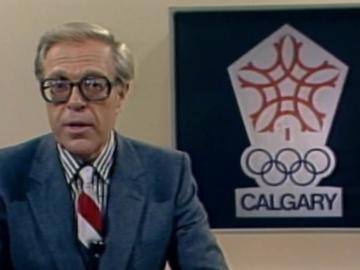 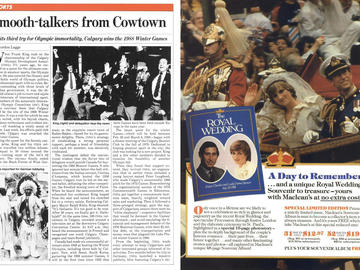 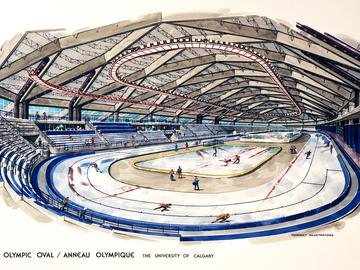 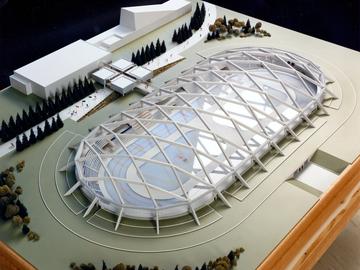 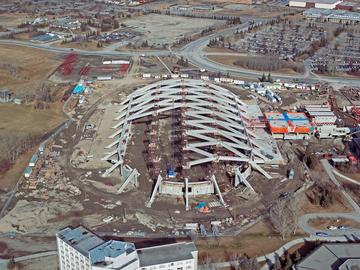 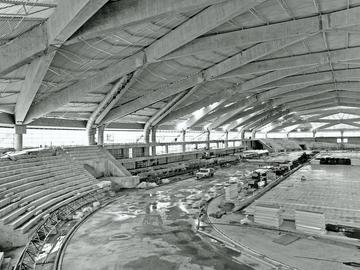 The 1988 Winter Olympics, officially known as the XV Olympic Winter Games and commonly known as Calgary '88, were held from February 13 to 28, 1988.

Take a look back at the Calgary 1988 Winter Olympics.

Can't you feel it?

Take a look at the Calgary '88 Winter Olympics Opening Ceremony.

A GRAND SUCCESS: THE 1988 WINTER OLYMPICS GAVE CALGARIANS A LIFETIME OF MEMORIES AND A LEGACY OF ELITE TRAINING FACILITIES

As soon as the last firework faded after the closing ceremonies of the 1988 Winter Olympics, the legacy of the Calgary Olympic Oval began—welcoming more than 4000 athletes annually to make use of the facility’s indoor running track, sprint pad, weight room, hockey rinks and world’s fastest speed skating ice for more than two decades.

“Our facility has been successful in helping athletes thrive and achieve in their sport because we have always been part of the high performance sport community,” says two-time Olympic gold medalist Catriona Le May Doan, now associate director for the Olympic Oval. “This has separated us from simply becoming a venue. We are not just an ice rink or an indoor track.

That shared ambition has helped more than 65 athletes, who have been part of the Olympic Oval’s high performance programs, to qualify and compete in Winter Olympics and 29 of those to win Olympic medals in women’s hockey and short track and long track speed skating, including Canada’s most decorated Olympian, Cindy Klassen.

Outside of the Olympic Oval’s high performance sport programs, the facility’s weight room, sprint pad and running track are used by all national team athletes who train in Calgary including bobsledders, lugers, ski jumpers, nordic & alpine skiers, track and field athletes and even some NHL players.

“The Olympic Oval is more than ice. When you come here to train you feel like you are part of a tradition, but also part of a group of people who really understand what you are doing and why you are doing it,” says Denny Morrison, a speed skating Olympic silver medalist at the 2006 Torino Olympics. “We have all the things we need under one roof, which is something that doesn’t exist anywhere else that I know.”

From 1989 to 1992, the groundwork for the next 25 years was established. These years opened the flood gates for the Oval to become the crown jewel of the speed skating world. "Canada's Medal Factory," and the place where extraordinary things happen. Cathy Priestner Allinger became the Oval's first Director — first securing funding from CODA for speed skating, cycling, and women's hockey. She also inaugurated summer ice training and created an international training hub for speed skaters to train year-round. Priestner believed that nurturing a culture of teamwork between administration, coaching, programs, and athletes was the only way to guarantee excellence.

From 2000 - 2009, the Oval continued to be a major player in the speed skating world — hosting multiple World Cups and Championships. The Oval soon became the go-to location for summer speed camps, masters camps, as well as a major hub for Short Track speed skating. The Oval also partnered with the Canadian Sport Centre further fostering a holistic approach to sport during the early 2000's. Women's Hockey continued to grow with the first WWHL Championships held in 2005.

From 2010 - 2019 the Oval continued to be the dominant training hub producing speed skating athletes who won medal after medal during the Vancouver (2010), Sochi (2014) and Pyeungchang (2018) Olympic Winter Games. No other venue in the world has produced more Olympic medalists than Calgary's Olympic Oval with 38 current medals won from athletes who train here.

In 2020 the COVID-19 pandemic hit the world stage and affected every training, competition and sports venue in the world. The Olympic Oval wasn't spared. Also, the Oval suffered a mechanical failure and was forced to shut down its training operations. This placed a significant burden on athletes who were forced to train independently or in outdoor conditions. Fortunately, our athletes showcased enormous initiative, creativity, and tenacity to endure the pandemic and still train. The multiple World Cup and Championship wins in the Netherlands Bubble in early 2021 were a testament to their strength and innovativeness. The Olympic Oval looks forward to returning to a new and re-invigorated 2021-2022 season in preparation for the 2022 Beijing Winter Olympic Games.

The Olympic Oval at the University of Calgary looks forward to a future beyond 2030. By 2030, the Olympic Oval will be 43 years old. There will be many exciting changes, and the legacy of this building will continue to grow. We invite the Calgary community on this journey with us.

The Olympic Oval was considered revolutionary when built in the 1980s, as the first covered oval in North America. It was the crown jewel of the Calgary 1988 Olympic Winter Games.

"There's no question within Canada, this is the place to come and train because you have year-round ice, you have perfect year-round ice," four-time Olympic long-track skater Kristina Groves said. "But internationally, everyone loves to come and race in Calgary."

As a legacy facility, The Olympic Oval continues to serve the Calgary community and athletes worldwide. It is a true example of Olympic sustainability.

The Legacy of the Olympics